Spider Lilies is dark electro-rock with female vocals, guitar, and often, violin, signed to the label, Distortion Productions. The project is defined by Stacey Campbell’s vocals and electronic composition.  Stacey was formerly known as a guitarist/backup vocalist of the Cruxshadows. 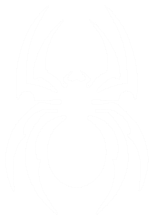 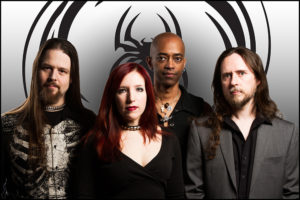 Spider Lilies is electro-goth-rock with female vocals, signed to the label Distortion Productions. The project is led by Stacey Campbell, a former guitarist/backup vocalist of the Cruxshadows.

Spider Lilies’ live performance is high-energy and emotional, as well as a skillful performance of the music. Currently based in the Northern VA and Charlottesville area, the band performs with a 2-4 person lineup, including Chad VanPelt (guitarist, also known as DJ Rift, side project ‘This Hollow Machine’), Mike K. Johnson (live drummer, also known as a drummer for Ego Likeness), and Tom Lynch (keyboardist, also known for side project ‘This Hollow Machine).

Spider Lilies has toured throughout the eastern, northeastern, central, and southern regions of the United States, and have gained some international recognition. They have performed at goth, fantasy, and steampunk conventions in the eastern US, in live music venues of all sizes, and performed with bands such as Ego Likeness, Bella Morte, Voltaire, Adoration Destroyed, Null Device, Project Pitchfork, Ayria, etc.

The band’s debut album “In the Light” was released in 2006. A second full-length album, “Cyclogenesis,” released in 2009, followed by a remix disc, “Eyes of the Storm,” in 2010, and the “Error EP” in the fall of 2014, featuring new original songs as well as remixes from Aesthetic Perfection, Ego Likeness, Assemblage 23, Sebastian Komor, etc. You can also find Spider Lilies tracks on the Electronic Saviors: Industrial Music to Cure Cancer compilations, volumes 3 and 4.

Follow the links for more information, music, and videos: 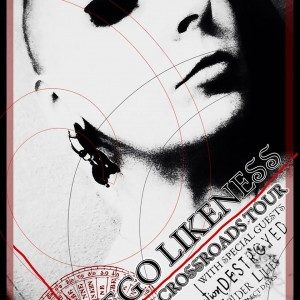 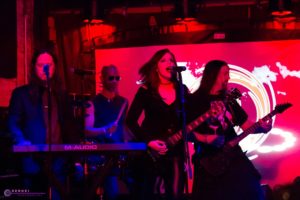 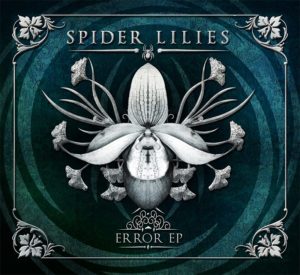 No SHows currently scheduled. Check Back! 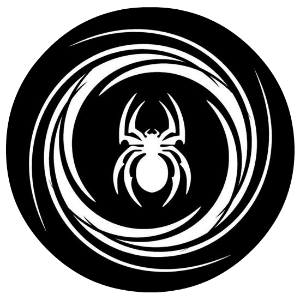